Data Breach Statistics to Know for 2021

People rarely like to talk about data breach statistics because the breaches themselves can be so detrimental to a company. In fact, they can harm every aspect of an entire business from damage to profit margins and potential lawsuits to negative impacts on reputation.

If that wasn’t devastating enough, the worst part of a data breach is that no one knows the full impact of the damage until it is all over.

The good news is there have been countless studies on data breaches as well as investigations into attack trends that system administrators can use to assess risks of security breaches and failures, and ultimately mitigate possible system threats.

Data in any field is a valuable asset, and learning about breaches - what lead to them and the fallout that occurred as a result - may be all you need to help you devise a plan to prevent the possibility of a breach happening within your financial institution.

A surprising aspect of the data breaches that have occurred to date is that they can impact anyone regardless of size or popularity.

To put it bluntly, if you have data to protect, even you are at risk of a breach. No matter how big or small your business is, you must pay attention to the risks of data breaches if you hope to prevent one.

Cost of a Data Breach

While larger enterprises may be able to eventually recover, a small or midsize business (SMB) could ultimately close in the event of a data breach. How much would a data breach cost your company?

The internet of things and rapid digitization is expanding the connectivity and infrastructure in the developed world. As a result, IT professionals must budget for data security management.

Cloud infrastructure may seem like it is a safe option, but even with base-level encryption and passwords, it is difficult to ensure that data is secure without the proper setup and constant security audits. This is even harder for small companies with budget constraints that prevent them from properly protecting their data.

How to Deter Data Breach Threats 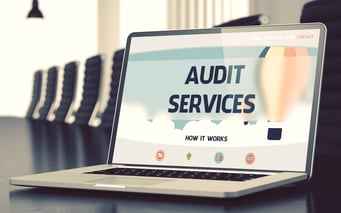 TechRepublic reported, “The common theme across [all] industries is a lack of emphasis on security practices and cultures that don't emphasize customer security as paramount.” They went on to say “We need to collectively rethink how we approach security in the modern age in order to succeed: Start planning for every possible contingency, demand regular audits, and work to reshape the culture around security.”

The question is, is your business’s network ecosystem secure? If you’re not sure, we recommend a full IT security audit to see how your data is protected.

What is Data Tokenization in Payments?

How Does a Wireless Access Point Work in a Network?

Is your WiFi signal weak or unreliable? Few things are as frustrating or a bigger hindrance to your productivity than online ...
Start Reading